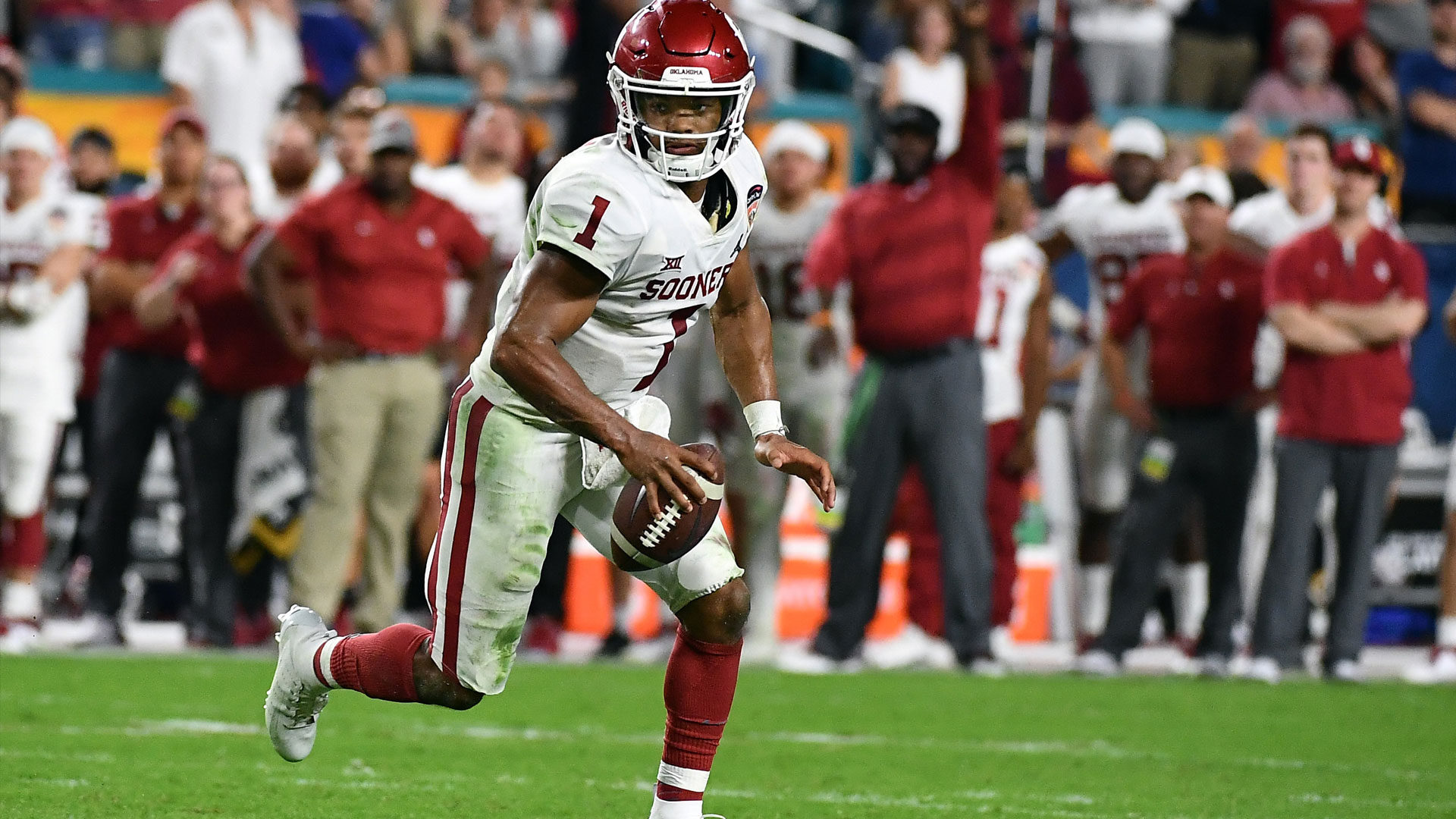 With the great Oscars prop betting fiasco of 2019 out of the way, we’re back to the football grind, looking for the best NFL Combine props ahead of this week’s event in Indianapolis.

The 40-yard dash is the Combine’s premier event, and we explained why we liked the over on anyone running a 4.22, as well as the over on Alabama RB Josh Jacobs’ 40 time.

Next up, a look the quarterback who may be the one first off the board at the NFL Draft, Kyler Murray.

This number has been set at 4.37 with heavy juice on the over.

I liked the over on the Oklahoma Sooner when this prop was first released, but the value was somewhat questionable at -300. But with reports of a bulked-up Murray surfacing this morning, I’ve decided to lock in the over.

The biggest knock against Murray is his size. He can’t do anything about his 5’10” height, but he’s apparently trying doing something about his weight.

NBC’s Peter King is reporting this morning that after playing for Oklahoma at 190 lbs this past season (the Sooners’ official site lists him at 195, for what it’s worth), he’s beefed up to somewhere north of two bills.

Daniel Jeremiah told me over the weekend that he heard Murray has bulked up to 203 pounds from his OU playing weight of 190. And calling around over the weekend, I heard it was 206.

If what King says is true, Murray’s chances of beating 4.37 are longer than the 33 percent probability implied by this line.

We know Murray is fast; that much is clear from watching him play. He’s claimed to have run as fast as 4.30, and he also reportedly ran a 4.38 time at 2017 spring practices.

He didn’t do it at over 203 pounds, though, and it’s unlikely that he’ll approach that time this week — if he even runs at all, which is no guarantee.

I used the I used the PFR Combine Tool to find every QB from the last 10 years to run the combine at a weight of between 200 and 220 lbs. The table has 66 results and is fully sortable.

Let’s get generous and assume that Murray is still tipping the scales at 195. Including every QB from the past decade between 195-210 lbs, the fastest time is still Wilson’s 4.53.

Even if we ignore the rumored weight gain, Murray is still a big dog to go lower than 4.37.

Keep in mind that Murray may not run at all, in which case this bet will be cancelled. If he does, at these odds, I’m happy to wager that he’s not an all-time great sprinting QB.