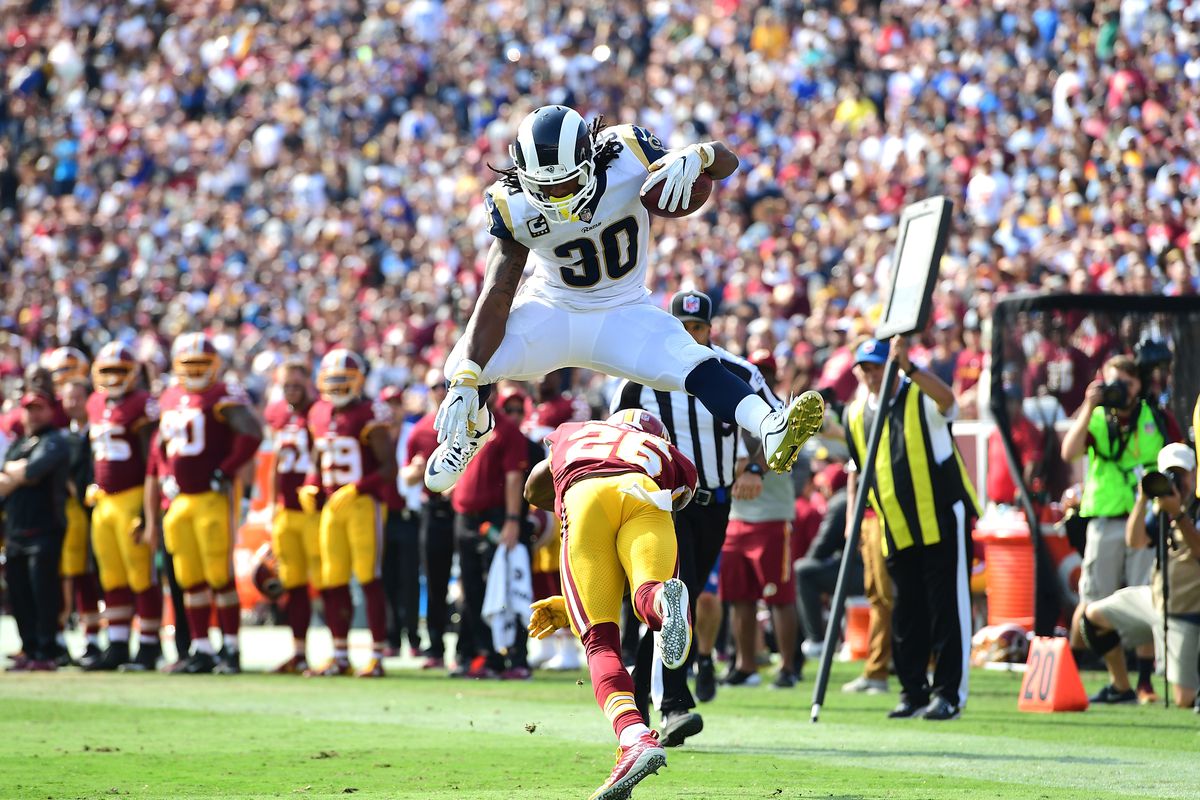 Most of the player prop bets for Week 10 won’t be released until Saturday morning at the earliest. It’s one of the reasons we like using the Player Prop Builder at Betonline so much.

Although their player selection may be limited, you can often start placing prop bets for the weekend early as Wednesday. If you haven’t yet, you should definitely give those props a try.

The week got off to a heartbreaking start on Thursday Night Football. We finished at 2-2 but were four yards short of going 3-1 after a random Vance McDonald surge in garbage time.

It’s not often we get to use Todd Gurley in these head to heads props, as he’s usually just not a value, but pitting him against Ezekiel Elliot this week looks like a profitable spot.

This comes down to a brutal matchup for Elliot, who faces off against an Eagles defense surrendering far fewer rushing yards than any other team at a stingy 50.6 per outing.

Gurley’s matchup against Seattle isn’t a dream, but as a 10-point favorite, the Rams are likely to heavily feed their bell cow.

Odds makers have been pricing Saquon Barkley like he’s a 17-carry workhorse for weeks now, but they must have him mistaken for someone else.

Chubb, meanwhile, has never had anything less than 18 carries since taking over as starter, averaging 19.3 in that time.

In fact, since Carlos Hyde was traded away, Chubb trails only Adrian Peterson in total carries, notching five more rushes than even Todd Gurley.

This prop is simply mispriced. If you are going to play it, do it soon before the odds change.

Marlon Mack has been a man on a mission since returning to the Indianapolis lineup. In his three games running behind a suddenly-elite offensive line, Mack has piled up 347 rushing yards, second only to Todd Gurley’s 385 yards over the same stretch.

His 5.8 yards per carry is fourth among all RBs (with at least 40 attempts) on the season.

Simply put, he’s been incredibly efficient with a ton of opportunity. The Jaguars are reeling, especially when it comes to run defense. They’ve given up 125 rushing yards in each of their last four games, all losses.

We’re matching him up with Fournette, who has a laundry list of factors working against him:

But other than those five red flags, Fournette’s outlook outlook is just great this week.

Manning ranks sixth in QB attempts with an average of 39.4 per game; that’s 10 percent better than Mahomes’ 35.2 ranking, which is good for 13th in the league.

It’s not that the Cardinals are very good at defending the pass, it’s that they’re always getting blown out. And as 17-point underdogs, it’s unlikely Mahomes exceeds his expected level of completions.