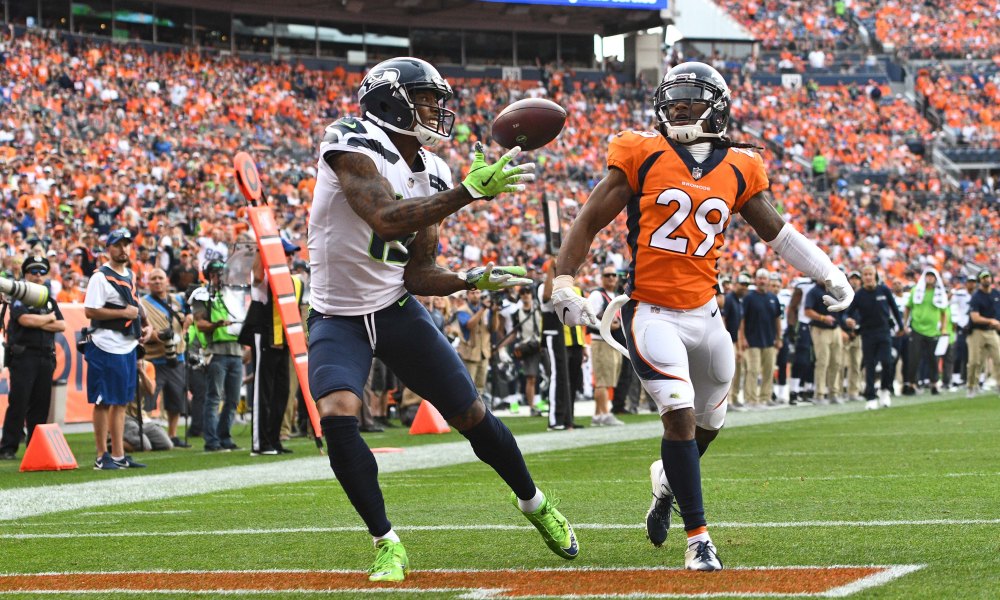 Week 2 was another profitable one for player prop betting, so let’s keep it rolling into Monday Night Football.

Our picks went 16-9 this week, including a clean 4-0 sweep of the head to head picks which we broke down on Friday. Thanks to three of those picks being at plus odds, our ROI hit 28 percent.

Time to saddle up for Monday Night and a value prop bet on one of the best TD scorers in the game.

Graham parlayed 57 catches into 10 TDs for the Seahawks last year for an incredible 18 percent TD rate.

With Graham now in Green Bay, Marshall has assumed Seattle’s red zone role. He scored 1 TD against Denver in Week 1 and had a second score called back by a penalty. He was tied for second among all WRs with two red zone targets and would have been tied for first if not for the penalty.

Before he bottomed out in the Big Apple last year, Marshall was one of the best TD scorers in football.

You’ll notice that Doug Baldwin also makes the list. However, he’s out of the lineup for the foreseeable future, making Marshall the de facto No. 1 WR in Seattle and the best bet to find the end zone.

Heck, Marshall has longer odds to score a TD than RB Chris Carson, despite the fact that Seattle hasn’t scored a rushing touchdown since 2016.

And while “revenge” narratives shouldn’t play a big part in handicapping, for what it’s worth, this is a revenge games for Marshall against his former team.

Where are the books getting this passing line from?

It’s not generated from any historical trend, that’s for sure. The Bears QB has passed for less than 200 yards in 10 of his 13 starts.

Despite passing for less than 200 yards in 77 percent of his career games, the odds on this prop imply a 57 percent probability that he’ll hit 225 yards tonight.

Yes, the Bears have upgraded from coaching relic John Fox, but Trubisky still only put up 171 yards on 35 attempts in Week 1.

The Legion of Boom may be dead in Seattle, but they still have safety Earl Thomas more than enough manpower to limit the underwhelming aerial attack of Trubisky.

Somehow, the sophomore QB is even worse at home, passing for an average of just 167 yards in Chicago over six career games. The Seahawks are also without starting middle linebacker Bobby Wagner, giving the Bears every reason to rely heavily on Jordan Howard and the run game.

With Baldwin out, Tyler Lockett assumes the primary slot receiver role for the Seahawks.

Last week, slot WR Randall Cobb victimized Bears CB Bryce Callahan repeatedly on the way to a 142-yard evening, and that’s who Lockett will mostly match up with on Monday night.

There are reservations when it comes to volume, however, so this won’t be a big play. Lockett had just three catches on four targets in Week 1, and 51 of his 59 receiving yards came on one play.

Still, with Baldwin out, the Seahawks need to pass to someone, and the match up against a weak slot corner is encouraging for Lockett’s outlook.