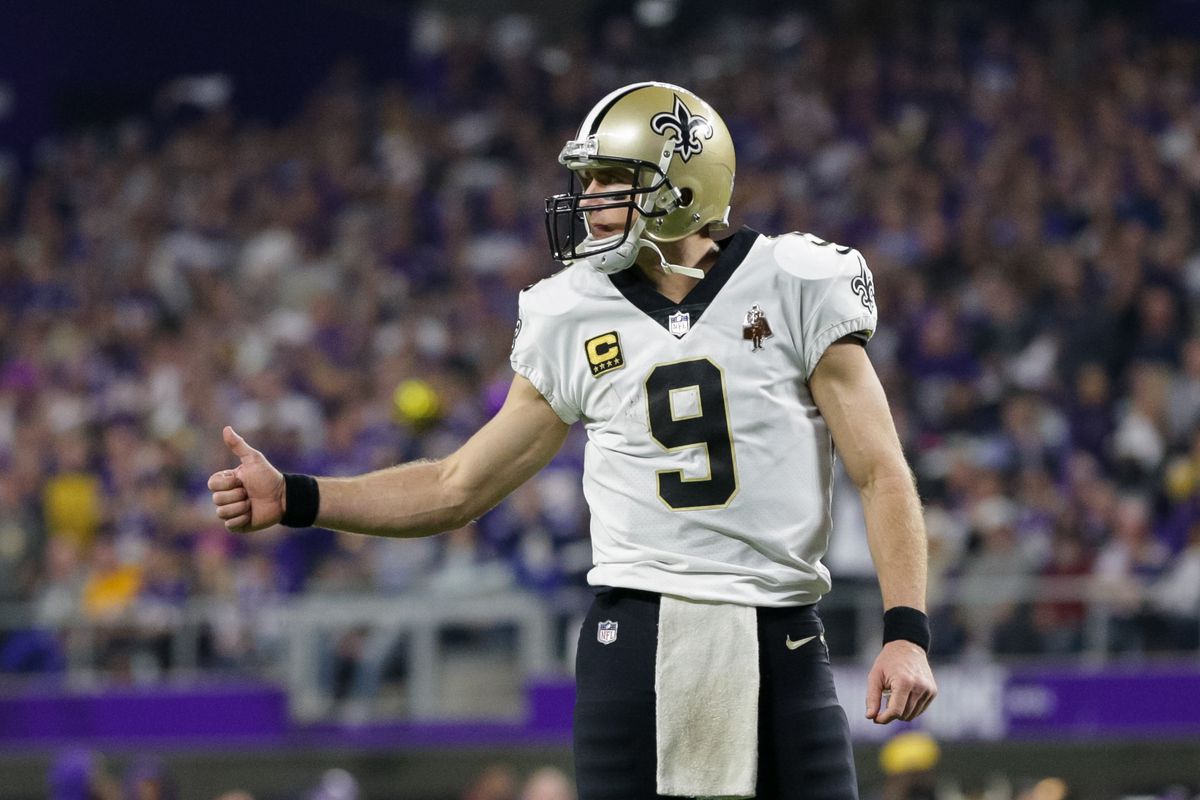 Drew Brees has been one of the most bankable commodities in football over the past decade, but book makers see him slipping in 2018.

One down year out of a dozen, and all of a sudden Brees is just a guy? We’re not buying it.

After passing for his lowest TD total since he was backing up Philip Rivers in San Diego, Brees’ TD total has been set at a lowly 26.5 by betonline.ag.

Here’s why the future Hall of Famer is a good bet to beat the over.

And Drew Brees lighting up NFL defenses. Over the past 11 seasons, he’s averaged 34.7 TDs per season, while missing a total of just two games.

His 383 passing scores is the best in the league over that period, and it’s not particularly close.

Thanks to good health, good receivers, and good coaching, Brees has passed for 12 percent more TDs than the next closest quarterback over the last decade-plus.

Looking at his totals over than time, it’s apparent that his 23 TDs from last year were more of an aberration than a trend. With the Saints defense on the rise and Alvin Kamara emerging as a force on the ground, Brees’ TD totals plummeted by 38 percent from 2016 to 2017.

But is that really the driving force behind the drop? Is it the new norm, or just a bump in the road for Brees? The numbers suggest the latter.

If we really dig in to what’s happening with Brees in the red zone (RZ), it becomes apparent that the drop in TDs is due more to a decrease in efficiency. Efficiency is something that tends to regress to the mean; what we want to look for is volume.

This table shows all of his RZ attempts over the past 11 seasons.

Despite the narrative that Brees is throwing less in the RZ due to a better defense and more support in the run game, it’s simply not true.

While his passes in the RZ were down in 2017 compared to the previous year, they were still well in line with the numbers from 2013 to 2015, when he averaged 84.3 attempts in the scoring area. Yet, despite the same number of attempts, he still averaged 34 TDs per season over that period.

So we know the RZ passing volume was just fine last year. The only thing that changed was his TD rate, which went from 25 percent to 20.7 percent last year, a decrease of 17 percent.

That’s his lowest TD rate in more than a decade. Efficiency rates – and TDs in particular – tend to be pretty fluky, so we should expect this number to rebound in 2018. We know the volume is still there.

You can read more about the methodology here, but the bottom line for our purposes is that Brees emerges as the best value bet on the board, with all three sets of projections putting him on the over. numberFire in particular sees Brees blowing the 26.5 TD total away.

The New Orleans defense will continue to be strong and Kamara will continue to rake, but we’ve shown that those factors aren’t keeping Brees from passing in the RZ to any significant degree.

All his numbers are in line with historical rates, except for one – TD rate in the red zone. With a strong receiving core returning, expect those numbers to bounce back and Brees to eclipse the TD total of 26.5

Yeah, easy peasy Breesy, as they say.
30 seems like a solid baseline.. no way he goes under 25 TDs again.