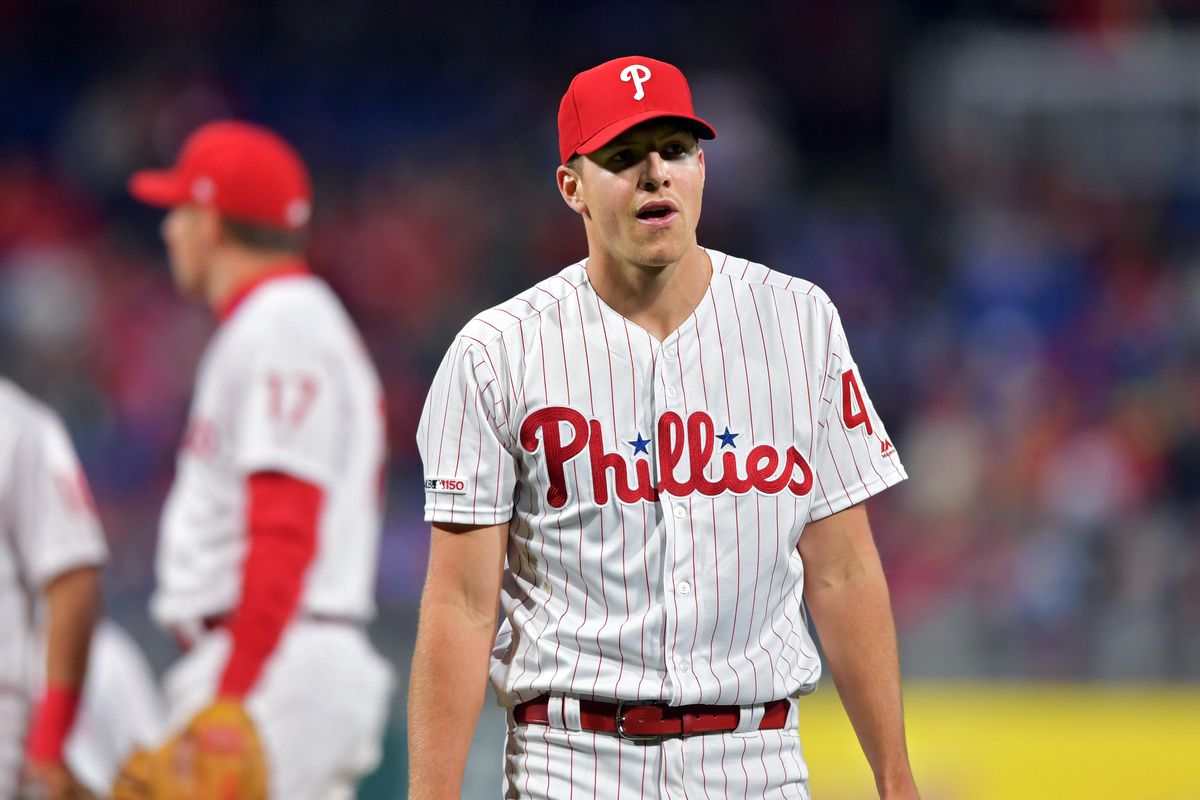 Despite six afternoon games today, this evening’s baseball slate still has plenty of star power, giving us a few nice looks on a some +EV MLB props.

The most intriguing matchup of the bunch is 2019’s undisputed King of Ks, Gerrit Cole, facing the LA Angels, baseball’s toughest team to strikeout. More on that epic duel in a moment, but we’ll start with a look at Nick Pivetta as he tries to get it together at home against the LA Dodgers.

Last night’s card went 1-1, missing out on a third-consecutive sweep by the thinnest of margins. Our subscribers also hit on the Walker Buehler over last night, bolstering our 59% overall win rate on the year. There’s still plenty of season left if you want on the K train.

After an up-and-down start, Pivetta’s season has gone in the tank. In five starts since pitching a complete-game, against the Reds on June 8th, the big Canadian has:

He’s averaging 3.4 strikeouts per game in that stretch, including totals of 2, 3, 4, & 2 in his last four. This, after averaging 5.4 Ks/game over his first eight starts in 2019 — an ugly and undeniable downward trend. 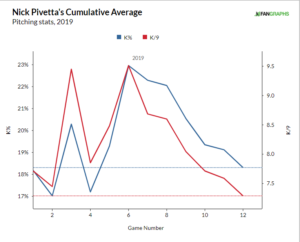 Tonight’s opponent has that profitable combination of being both high-powered and tough to strikeout. The Dodgers score the second-most runs in the NL, have the best SLG%, and their 8.08 Ks/game is the second-best in the NL and fifth-best in baseball.

Phillies manager Gabe Kapler has taken note and doesn’t exactly sound confident about Pivetta going into this one.

“I think it’s sometimes his inability to execute the game plan,” said Kapler. “And I think other times, it’s an inability to get to his best fastball. Sometimes he’s not able to throw his curveball for a strike. And sometimes it’s a combination of all those things.”

Mired in this slump against this particular lineup, I think this line is half-a-K too high. I’d pay the vig up to -130 at this number.

The best strikeout pitcher in 2019 faces baseball’s hardest team to strikeout in the LA Angels tonight.

Cole has been incredible this year:

This 7.5 O/U is the lowest line we’ve seen from Cole all year. It’s rare to see Cole get so little respect, and he usually makes oddsmakers pay — he’s had a 7.5 K line twice before this season, and in those games he easily went over with 9 and 11 strikeouts.

His recent form has been impeccable, beating this number in six of his last seven starts and averaging 9.6 K/game in that stretch. That includes a matchup with these same Angels before the All-Star break in which he was completely dominant, giving up 3 hits while ringing up 9 batters.

The Angels, whose 6.91 Ks/game is the best in the league, are expected to have Mike Trout back in the lineup tonight. But that shouldn’t be a big issue for Cole, who has five strikeouts in 18 career at-bats against the living legend.

Striking out the Angels 8 times is no small feat, but Cole is clearly up to the task, and the vig on this line should probably be closer to -140.