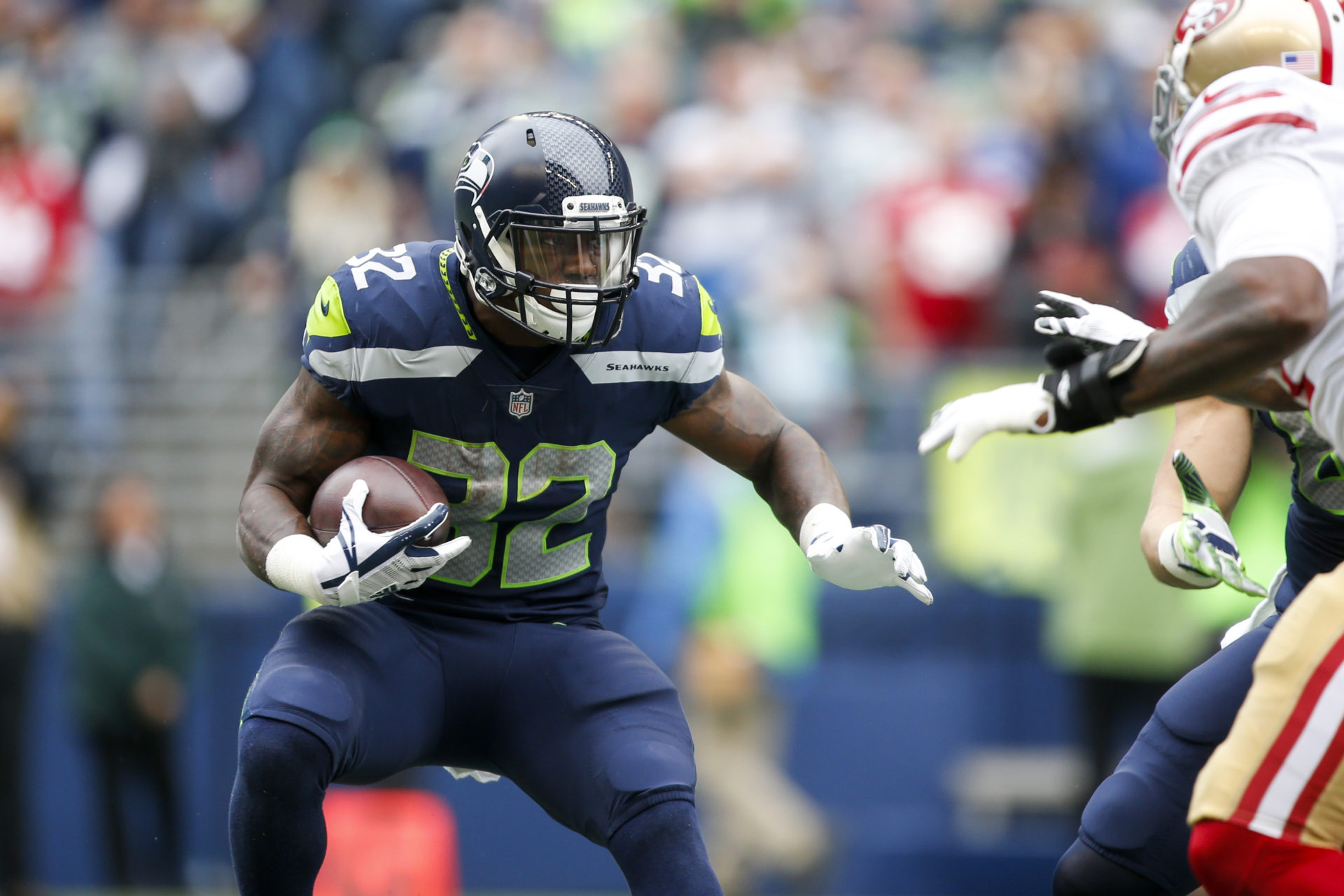 San Francisco and Seattle offer up an island game so appealing that not even Booger can wreck it, and we're getting down in on the best Seahawks 49ers props for Monday Night Football.

These teams adore the run. Both rank in the top five in rush attempts, so this could be a bit of a clock drainer. That makes Unders the lean for many of tonight's MNF props, but in the case of our first play on Chris Carson, the market may be a little over-adjusted, prodding us to go against the grain.

We'll break down that play before giving you our favorite lean for tonight involving beastly rookie  D.K. Metcalf. Leans are unofficial plays for those wanting a bit more action, but they've been ridiculously hot this year -- we're 15-4 on article leans for a 79% win rate after hitting another one last Thursday.

We're coming off a 2-0 SNF props card, so let's wrap Week 10 with another W. And if you're looking for NBA props, we've got four of Monday's best plays here.

Editor's note: Our NFL subscriber prop plays are hitting at 59% on the year -- join us and get all our picks, plus premium Slack chat.

There is one big concern for Carson coming into this game, and that's play volume. The 49ers drain the clock like no one else, and teams playing them are averaging a rock-bottom 53.9 plays per game. They're also allowing just 21 rushing plays per outing, tied for third-fewest.

So while the Seahawks are unlikely to run many plays in this game, expect a healthy chunk of them to wind up with the ball in Carson's belly. Seattle runs the ball 46.4% of the time, generating 29 rushing attempts per game, both the fourth-highest marks in the league.

He has 80-plus rushing yards in five games, behind only Dalvin Cook, Christian McCaffrey, and Nick Chubb. 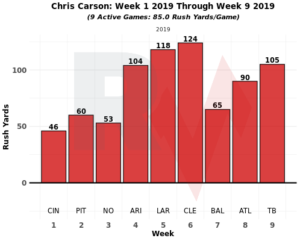 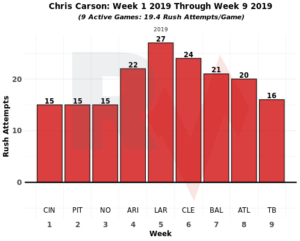 Speaking of McCaffrey, he's one of four RBs to shred to overrated San Francisco rushing defense over the past five weeks.

Four backs, including Kenyan Drake - who hasn't rushed for more than 72 yards since 2017 - have eclipsed 80 yards on the ground against San Francisco in that stretch. 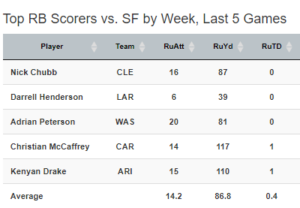 Things could get even worse from here on out after the 49ers lost linebacker Kwon Alexander to a torn pectoral muscle last week.

While overall volume is a concern tonight, especially with the Seahawks coming in as six-point road underdogs, it' hard not to fire on any number south of 80 on a guy who's proven to be so matchup and game-script proof.

I wouldn't give away any more yards on this Carson prop, but I would play this line to -125 vig.

Treat these two Seahawks 49ers prop leans as entertainment and play it at your own risk.