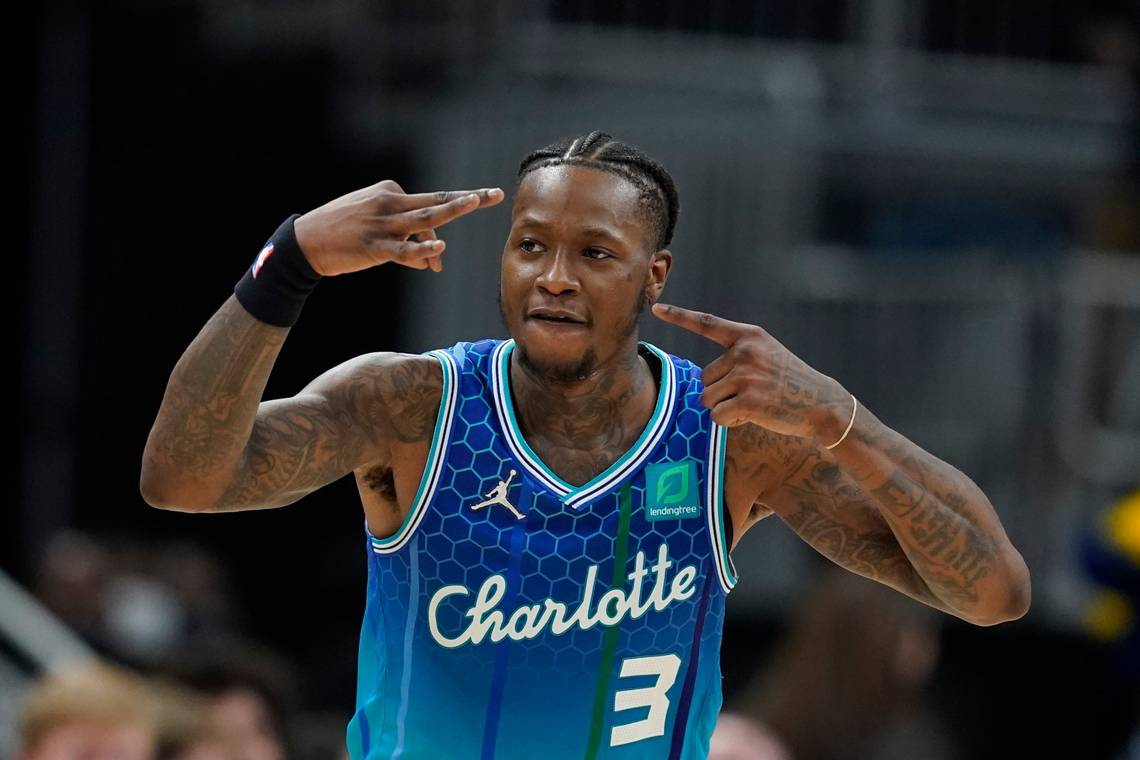 We have a fantastic Wednesday NBA slate this evening, which gives a ton of angles on our NBA props for tonight.

The Charlotte Hornets are visiting the Cleveland Cavaliers  — tip-off is at 7:00 PM ET. Charlotte is currently tied for the Eastern Conference’s 9th Seed and is fighting to earn a playoff bid, while Cleveland remains close to the top of the East. Terry Rozier has been pouring it on lately and is in a great spot to continue his success tonight.

Meanwhile, the Milwaukee Bucks will be hosting the Miami Heat — this one tips off at 8:00 PM ET. These teams have met in each of the last two postseasons and could be on a crash course to face off once again this spring. We’ll be zeroing in on Khris Middleton in this one tonight.

Terry Rozier has enjoyed a significant increase in both playing time and volume over the last two months. In fact, the discrepancy between Rozier’s production before and after his rise in minutes is staggering.

The seventh-year guard is regularly seeing nearly 40 minutes of playing time, as long as Charlotte’s games remain somewhat close. Rozier is also nearly blowout-proof, however. The Hornets have had seven games decided by 20 points or more during Rozier’s 2nd-half stretch, and he’s still averaging 18 PPG in 33.5 minutes per game in these games.

So even if this game gets out of hand tonight, T-Ro could still score at least 19 for us.

The Louisville product has scored over 18.5 points in 17 of his last 24 games. And, his 20.9 PPG scoring average during this stretch has crept up to 21.5 over his last 10 games. The matchup with Cleveland’s top-five defense may be a bit concerning, but I’m not expecting Rozier’s outlook to be damaged much by this.

The Cavs have one of the league’s top interior defenses, thanks to their tremendous size and three frontcourt starters standing 6’10” or taller. However, their perimeter defense can be a bit easier to exploit. I anticipate Isaac Okoro will spend the majority of his time guarding LaMelo Ball, which will leave a significantly weaker defender (either Brandon Goodwin or Darius Garland) to hang with Rozier. Cleveland has given up a few large scoring performances to guards over the last couple of weeks, and Rozier is in a good spot to have the next big game tonight.

Khris Middleton was selected as an All-Star for the third time in four seasons last month. Regardless of what you read on Twitter, Middleton was well-deserving of his spot. He’s one of the NBA’s most reliable wing scorers and has proved it time and time again.

Much like Rozier, Middleton has picked up his play as the season has progressed.

After reaching the over on this prop in just 4 of his first 13 games, Khash Money Khris has scored at least 19 in 27 of his last 37 games. This is right in line with his 20.9 PPG and 20.4 PPG scoring averages from the 2019-20 and 2020-21 seasons. Middleton has certainly rounded into form after a slow start. This line may also be over-adjusting for a difficult matchup against the Heat. However, the ninth-year Buck has given Miami quite a bit of trouble in the past.

Milwaukee and Miami have squared off extensively over the last three seasons. The two squads met 18 times (9 regular-season, 9 postseason) since 2019-20. Middleton has been active for every game and has burned the Heat in the vast majority of them.

The NBA Champion has scored 20-plus in 13 of 18 games against the Heat over the last three seasons. He’s averaged 21.7 PPG during this stretch, dropping at least 20 in six of nine regular-season contents.

The former Texas A&M forward has 20 and 22 in his last two games against the Heat and is well-positioned to go for another 20-ball at home tonight.

Terry Rozier and Khris Middleton have each improved throughout the 2021-22 season. With the over/under on their points totals set at just 18.5, I see quite a bit of value on each of the perimeter scoring threats.