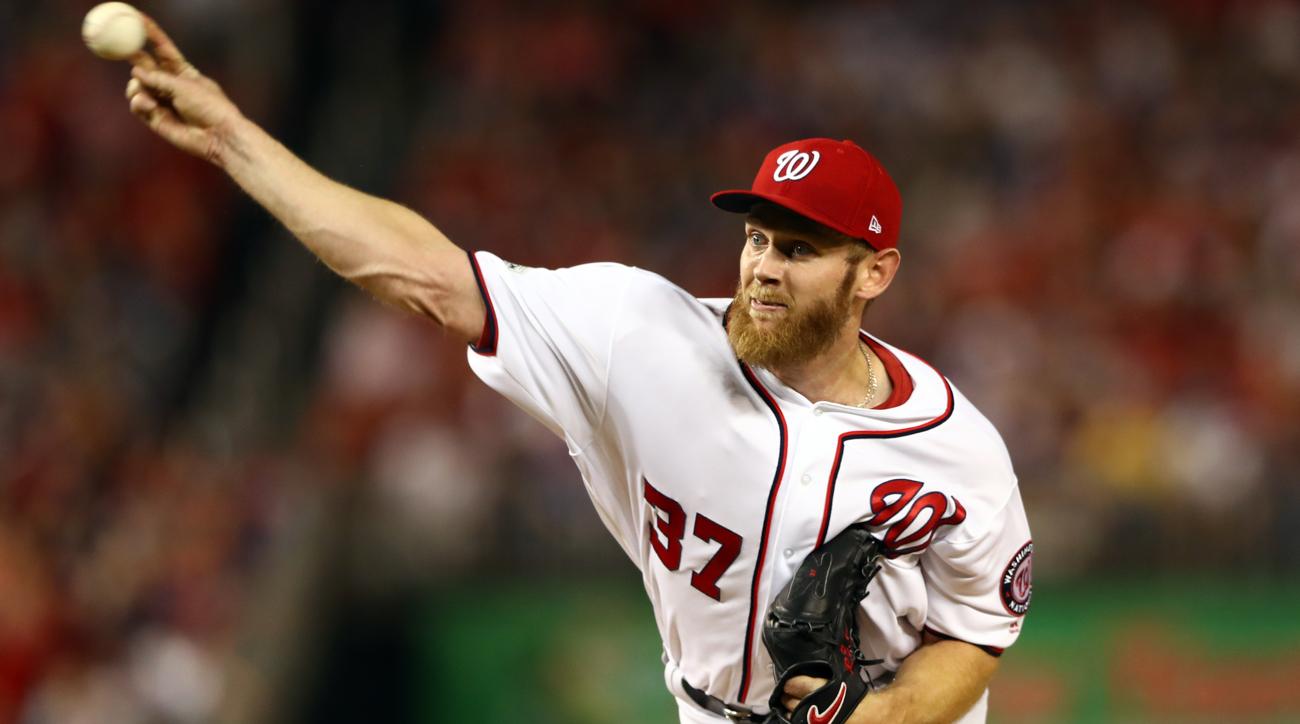 Stephen Strasburg takes the mound for the Washington Nationals (43-41) tonight and headlines our look at the best MLB pitcher props for Wednesday night's slate.

He faces the Miami Marlins for a second consecutive start. It was a so-so appearance for the Nats' stud, as he allowed 4 earned runs and 7 hits while striking out just 4. The low strikeout total is part of a recent trend which we'll expand on in a moment.

We'll also look at the O/U of 4.5 Ks as Mike Fiers faces the Twins.

We're coming off a 2-1 card last night as we just squeaked by on the overs for David Price and Patrick Corbin. Our article picks are in the midst of a 12-5 run in recent weeks, while our subscription picks are printing money at 61% on the season.

Are we really taking the under on a pitcher who became the fastest in history to reach 1,500 strikeouts earlier this year? Look, I'm not expecting to have any fun at all while sweating this bet tonight, but I do believe it is the right side.

Don't look now, but - at least in a small sample - Strasburg appears to be slowly morphing into a ground ball pitcher. His K/9 is on the decline and sitting at its lowest point since the 2014 season. Meanwhile, his ground-ball-to-fly-ball ratio (GB/FB) is inching ever upwards. 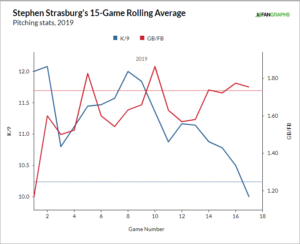 We noted in last night's article just what a poor lineup the Marlins field. And while they are indeed dead last the majors in runs scored per game, they're not terrible in the strikeout department, ranking 19th in Ks/game.

They did a decent job in their last outing against Strasburg - also Strasburg's most recent start - striking out just 4 times in 7 innings pitched.

The Nats' ace needs to hit 8 Ks for us to lose here. He's fallen short of that mark in 5 straight and in 8 of his last 9, averaging 6.2 per game in that stretch.

There are also weather concerns in Washington again tonight, opening the door to the possibility of a shorter start for Strasburg.