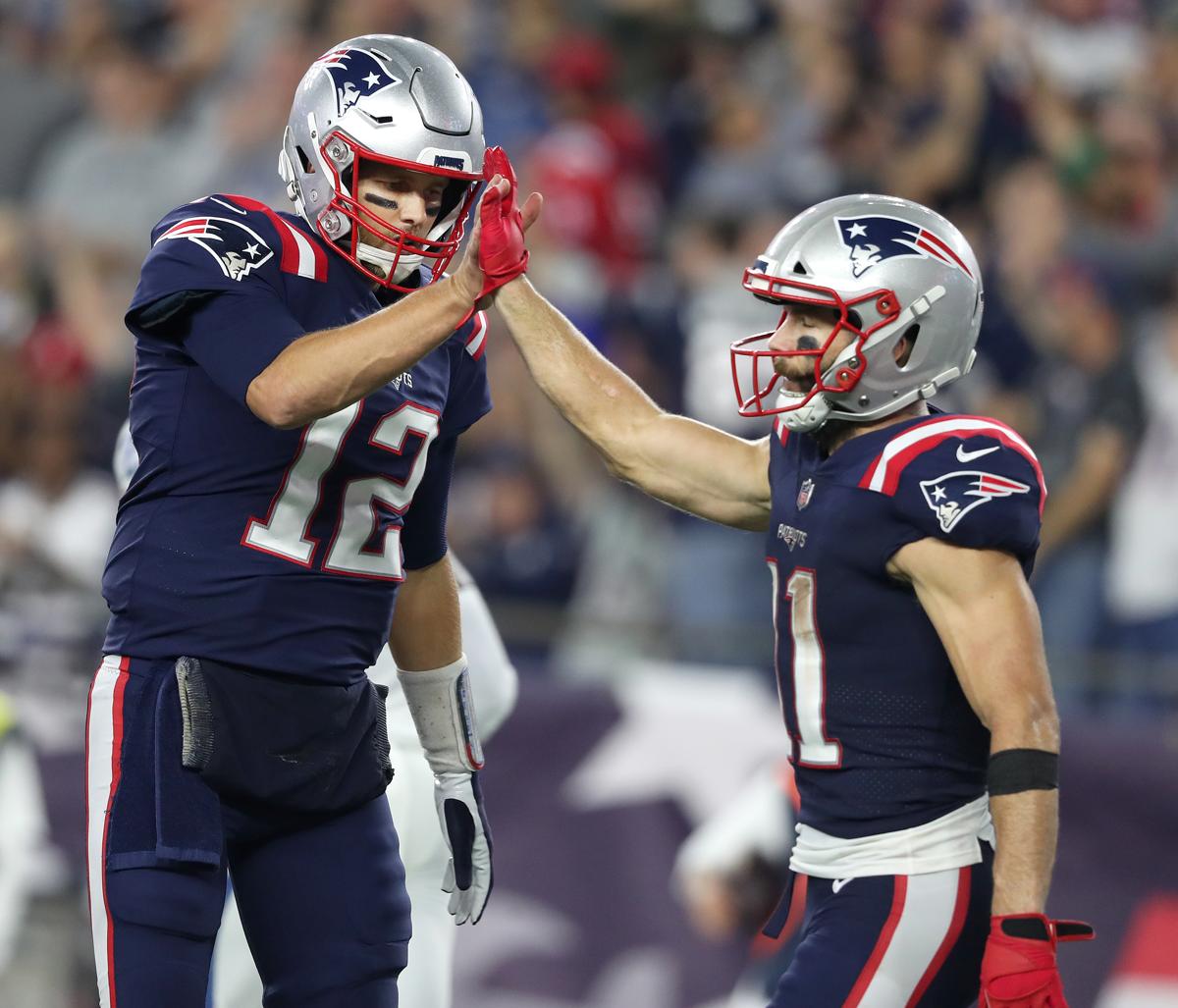 I wasn’t going to do any head to head prop bets for Division Weekend, but after poking around in the custom props builder and seeing some incredibly soft lines, the choice was made for me.

For our two best bets, we’re breaking down the QB matchup in what rates to be an epic affair between the Colts and Chiefs, while also looking at both the Saints-Eagles and the Patriots-Chargers games to uncover what looks like an incredible value at WR.

We should likely be getting a price considerably worse than -122 to lock in this bet.

It doesn’t take advanced analytics to show you why this line so is soft. Edelman paces Jeffrey in every key category over their last four regular season games.

None of the categories are close, but look at that target market share (MS) — Edelman gets 67 percent more of his QB’s targets than Jeffrey does!

That massive share advantage should more than make up for the slower pace and lower total projected in the Chargers Patriots game.

Yes, Jeffrey does have the advantage of playing indoors as an underdog against a a pass defense giving up the second-most receptions to WRs. But that didn’t help much in Week 11 as CB Marshon Lattimore held him 33 yards on four catches in New Orleans.

Andrew Luck, who finished behind only Ben Roethlisberger in pass attempts this season, is a six-point underdog in a 57-point-total game facing one of the greatest offenses of all time.

No QB is in a better spot this weekend; Luck is the favorite to lead the position in attempts, completions, and yards.

It’s no fun fading Patrick Mahomes, but as we’ve seen all year in our head to heads bets, his odds are subject to the superstar bump. Based on seasonal averages alone (and putting aside Luck’s superior spot), Luck should be a small favorite here, so we’re getting solid value at near-even-money odds.

Mahomes’ splits are virtually non-existent — he’s an elite QB at home and away, as an underdog and a favorite.

Elite as he may be when it comes to efficiency, however, he ranked just seventh in pass attempts among all QBs in 2018. With 24 or fewer completions in six of his last eight games, Mahomes simply not the same high-volume passer that Luck has been this year.